Colleen is officially weaned off of her Depakote Sprinkles, which means we are down to 2 medications and a vitamin. At one point, she was taking 5, plus the vitamin, so this is so much nicer for her. Overall, I’d say she’s more lively, and we haven’t seen any bad side effects of seizures. Overall, I’m very happy, but I’m wondering if they’ll ever do another EEG to see how she is doing.

I am so incredibly grateful for Colleen’s school. They have helped us so much in making sure she is getting the equipment she needs. The bed, at this point, is hopefully ordered. We were waiting on an updated script from the doctor with the right wording. And we are also waiting on her wheelchair. And I’m also happy to report that we have a new jogging stroller to use. It’s a Schwinn turismo, and it is still waiting on it’s maiden voyage. I was so excited to have gotten it, plus it was 60 degrees, which is unheard of in NY. I got home, but by the time I had it together, it was dark and raining. Boo! With real NY weather in the forecast this weekend, running might have to wait until next week. 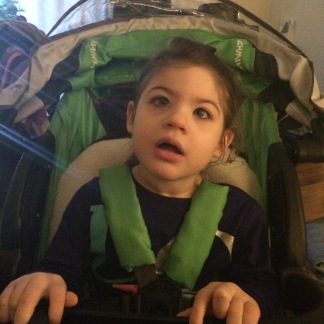 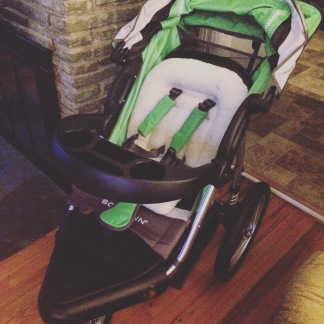 How is everyone’s week?

This will be a quick little update, but I wanted to share the good news!

I am happy to report that Colleen will be getting the Embrace epilepsy watch. It’s due for release this month, so we should be receiving  it soon.

We also got the write up from Colleen’s PT for her bed, so just waiting on an updated script from her doctor. So we can finally get her safety bed ordered.

I will be sure to keep everyone updated and will be posting about the watch as soon as we get it.

Last year, I saw information about the Embrace seizure monitoring watch. I was immediately intrigued, since Colleen’s seizures are “silent,” we can’t really tell if they’re happening. This watch would provide so much ease of mind, especially when she’s sleeping. 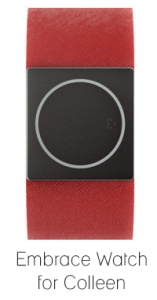 Her spikes occur more while she’s sleeping. Last year, we went to the epilepsy monitoring unit at a local hospital for an extended EEG. She was having upwards of 500 spikes in a night. Depakote Sprinkles were added, and it significantly reduced the amount of spikes she was having.

Monday, we drove to her new doctor, and the plan is to wean her off the depakote. I’d be lying if I said I wasn’t nervous. Not having an EEG, we don’t know how she is doing. But, she isn’t having any seizures, so it is the doctor’s thought that we can wean and see how she does on just keppra.

Already, there has been a pretty significant change in her behavior. Her teachers and therapists didn’t know she had stopped her morning dose, and commented to Jonathan how much more attentive and talkative she was. He of course told them after they commented. It will be interesting to see how she is once she’s fully weaned.

Which brings me back to the watch; Her doctor signed a form so we can try to get the Embrace watch once it is released. You can read more about it here. I don’t know how it will work with Colleen, but I am very eager to get one. For now, we will keep monitoring Colleen and hope for the best.

Colleen does mostly walk, but I love that she’s learning some new skills, like propelling herself! 💗 #colleengrace