Here we are again, packing up all of our things to move again. It’s not something we were really considering up until this summer. We had discussed the house in depth before, modifications we’d like as so forth. But, after Colleen’s cerebral palsy diagnosis and falling out of her crib, we decided a one story, ranch-style house would likely be our best option for her mobility and safety.

The last time we moved, I said never again! Maybe after this time. It’s smaller, but that is okay with me. I always felt we had too much unnecessary junk. If I haven’t used it in 6 months, it’s time to go. We should be finished moving next weekend.

As for the bed, I had to contact the doctor writing the script, as it had been two weeks without having heard back. They are supposed to be mailing it to me, so hopefully that comes today. I also had to research a letter of medical necessity. Colleen fell out of her crib and then she managed to get her leg stuck in the rail. Just not a fan as to how long the process is taking, so I started a letter (based on ones I found online) so hopefully that will help her PT. I wanted her new bed by the time we moved, but I don’t think that’s happening.

A certain little girl has some explaining to do. We had lowered Colleen’s crib as low as it was designed. We have been delaying transitioning her to a bed because she just isn’t ready. She has no sense of danger and while putting her mattress on the floor may be another option, she would likely chew on everything.

A few weeks ago while I was at work, Jonathan sent me a picture of Colleen in the area next to the stairs. He heard a thump and then her babbling a lot louder than normal. I never would have guessed she would be strong enough to pull herself out of her crib at the position it was. But she did. My heart sank at work, knowing how easily she could have fallen down the stairs.

Knowing this point was coming a while ago. I sent a message to her sevice coordinator about a bed for Colleen. We had been in talks for quite some time but I didn’t think it would be so soon! After much research, I decided I liked The Safety Sleeper option the best. 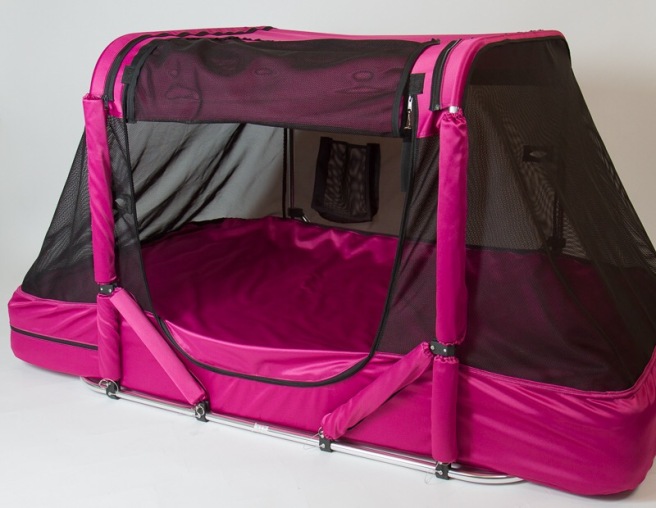 It was one of the least prison like options and wasn’t huge and bulky.

I am still waiting on her doctor to write a script for it as well as a letter from her physical therapist as to why she needs it. And then I pray insurance will cover it.

Has anyone had experience getting a safety sleeper? I really hope to have one soon, as Colleen’s crib has been modified, but it still worries me.