So, it’s been a while and there’s been lots of changes here!

You know that bed? The elusive bed? We finally have it! We received a letter that it had been approved, and about a week later it showed up on our doorstep.

Of course I started putting it together as soon as I got off from work. It’s fairy easy, but my biggest challenge came when trying to get the mattress inside. It’s far easier said than done when there’s only one person and a small bedroom. But I did it, and Colleen loves it.

After seeing the neurologist in Boston and in resin her keppra to the highest dose she could go, Colleen continued to have seizure episodes and small movements that I’m pretty sure are seizure activity. We are on week 3 of now decreasing her keppra dose and adding depakote sprinkles back in. She hasn’t had a seizure in over 3 weeks, but there have been a number of those little movements. She will get her levels drawn this week and see how she’s doing on it overall.

Colleen started kindergarten this week and I’m a mix of being incredibly proud of her and a nervous, anxious mess. There was a small mishap in that am the wrong bus was initially sent. They sent one without a wheelchair lift. Slight miscommunication somewhere! But she’s doing well overwise. I was mostly nervous about how long of a day it was, but she’s eating well and we have the nap time figured out. I definitely think we’ll get the routine down. It was the cutest thing to see how excited she was when the bus came. 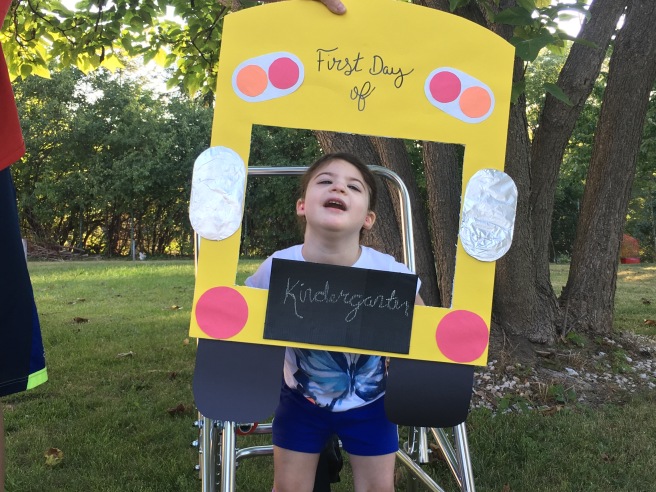 We’be been working on her walker more recently when we go to the store but Colleen made it very clear she wants to be independent. Well, just hold my hand instead of using her walked. It’s been a challenge to pick her up for the cart. She’s not heavy, but I have short arms. I’be been putting her in the cart sideways to help this. So, instead I tried her in the Caroline’s Cart. Both Target and Wegmans have them, so it’s very convenient to have adaptive equipment. Colleen, of course, love it. 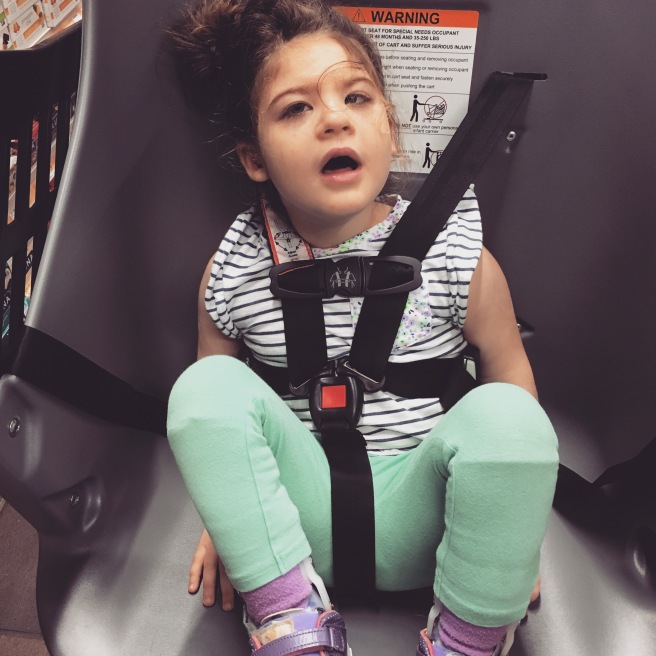 One thing I noticed was that now, a lot of people are curious when I walk by, cranking their head to get a look at who’s inside. Not completely sure how I feel about this yet.

I’ll give a personal update next post. There’s been some changes that have been creating some anxiety, but hoping will be mostly resolved and I’ll have more answers.