I’m currently laying next to Colleen, my hand draped lightly across her back, hoping it’s enough comfort for her to sleep. It is just enough in this moment to keep her peaceful, so I dare not move. Her sleep is barely tethered to the first stage it seems, and we are both exhausted.

Everyday is something different and it was my hope that by now, she’d be doing better. But, here we are, far past this being a “stage” and into unanswerable territory. Last Tuesday, desperate for answers, Colleen was brought to the local pediatric ER. I know it wasn’t an emergency at all, but I felt that if someone didn’t help, I was likely going to be the one in the ER. The anxiety has been terrible…

My fears of being judged for bringing her in quickly faded when they decided to admit her. I had suspicions about the root cause, but I needed answers. Because three weeks of this was far too much.

After regressing a lot in her areas, especially energy, her ability to walk and daily seizures and myoclonics, we were finally able to get neurology to add a new medication, a Onfi (clobazam). By day 4, it was clear this AED was controlling far more than her seizures. After a little back and forth and a trip back to Boston, we got the dosage down and side effects that were manageable. Not ideal, but still manageable.

It still proved to be too much, and her behavior steadily worsened. Colleen wasn’t Colleen. Which is why, after three weeks of violent tantrums consisting of throwing herself around, terrible sleep, insomnia, and biting herself or whoever she could get ahold of, she was brought to the Pediatric ER.

I don’t think a stone was left unturned. Blood work, MRI, new EEG…everything was normal. Which was a relief. 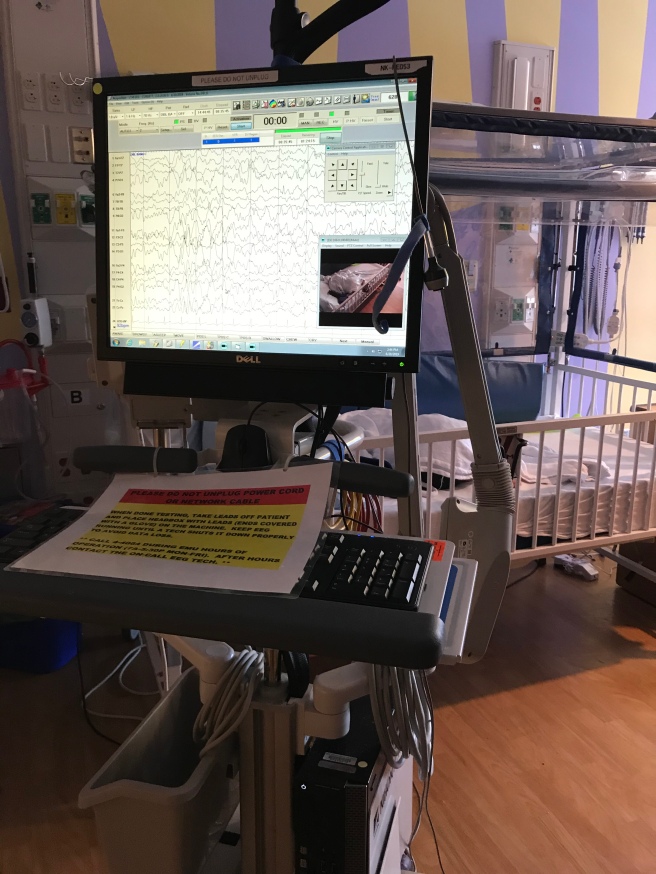 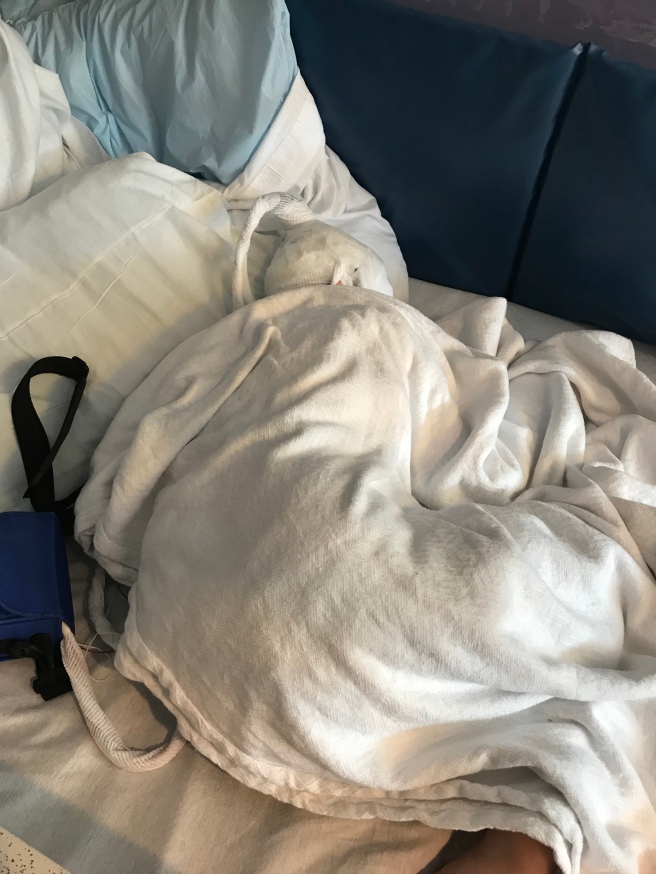 But it still left a big question mark as to why this was happening. Onfi side effects were quickly dismissed as not being possible that it was still in her system and capable of causing this.

Luckily, since there was such a huge team, a psychiatrist that saw her listened to our concerns and was able to find a couple of studies from the past that indicated that is was in fact a small percentage of the testing population that did experience these extreme side effects.

We are now currently going on a month of this and I’m still so tired. I am wondering if and when I will have Colleen back.

Throughout the day is so much better than before. We have been meeting her a pediatric doctor who specializes in behavior and have a plan. But, much of it is a waiting game.

I never would have imagined that something like this would have challenged me so much. I’ve felt so lost, hopeless and depressed. It’s one thing to be raising a disabled child and they’re doing well. It’s another thing completely to have her struggling so much, so sad, and to not be able to help her.

For the past few days, it’s been a few nights of okay (falling asleep by herself), then just waking up early, to just downright miserable. Inability to get comfortable, insomnia, smaller glimpses of her upset episodes.